Origins of the Anchor Symbol meaning

The anchor symbol has its origins connected to the anchor object and of course of the meaning of the word. The word comes from the ancient English Ancre, Ancra or Ancor, which in turn takes its origins from the Greek word Ankura

The shape on the anchor symbol is connected to ancient maritime boat anchors. Still used today on large vessels, but outdated for smaller anchors or compared to the more technological anchors. And of course, the purpose is to slow or park a boat at the seas or shores.

What does an anchor symbolize? 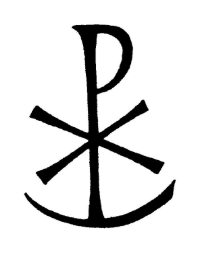 Besides the practical use, the symbolic use of an anchor image as art on a piece of jewelry, tattoos or painting has many different meanings.

In modern times people often use the anchor emoji or anchor charm ⚓️ on mobile phones, tablets and computers to communicate. Usually it means strength and stability and is represented by an old style of the traditional boating anchor.

Back in 50AD the Greek philosopher Epictetus said: “Neither should a ship rely on one small anchor nor should life rest on a single hope.” alluding to the stability that a big anchor can bring.

What does a cross with an anchor mean?

This ancient symbol means a fresh start or hope. It’s also called a mariner’s cross. It’s different than the simple anchor. It’s an anchor that looks like a cross because of its physical similarity.

The Pope Clement I, known also as Saint Clement of Rome, was executed by being tied to an anchor and thrown into the sea. Thus he became recognized as a saint and the patron saint of mariners. The cross anchor also bases its meaning in the way Pope Clement I was martyred.

What does the Anchor mean in Christianity?

During the Roman Empire between the years 64AD and 313AD Christians were persecuted and killed because it was against the law to follow the Christian religion. In later years, the Roman Emperor Constantine the Great and Licinius legalized the Christian religion. However during the years of persecution, Christians could not use the famous cross which Jesus had been crucified on as the symbol of their fate, so they had to find similar objects to express their fate. And so the anchor was used in place of their forbidden cross.

The anchor cross also became known in Latin as the “crux dissimulata”, meaning that the cross was hidden in the symbol of the anchor.

What does an anchor represent in the Bible?

The anchor is quoted in the bible in several parts, mainly representing hope. In Hebrews 6:19 the word is used metaphorically for that which supports or keeps one steadfast in a time of trial or doubt.

"Which hope we have as an anchor of the soul, both sure and steadfast, and which entereth into that within the veil"

"If you fear, Put all your trust in God: that anchor holds." 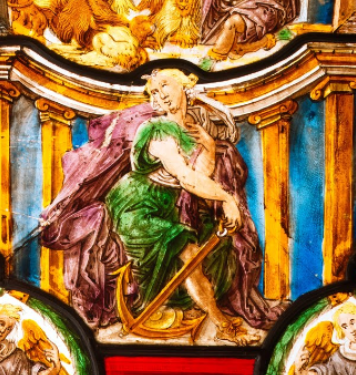 Spiritually and in the world of dreams, an anchor has very curious meanings. There’s a superstition that says that if a woman has a dream with an anchor in it she will have a baby who will choose to work as a sailor.

If an anchor appears in your dreams hidden or under the water it can either be a sign of disappointment or allude to a big trip or a change of home. Usually in psychology, an anchor means that you are looking for greater security, stabilization and force. But it can also symbolize that something bad is holding you down.

An anchor found on a grave is usually associated with a seaman’s life or the maritime profession. When represented with a rope or a chain around it, the anchor may be a symbol of a former member of the Navy.

Anchor Jewelry can express all different meanings as discussed in this article. So it’s up to you what you choose express through wearing your anchor jewelry. Will it represent a feeling, faith or a part of your history?

The anchor bracelet generally stands for hope, steadfastness, salvation, stability or tranquility and good luck while The anchor necklace meanings are safety and security or trust and confidence. The anchor pendant meaning can be all those listed before.

Get your social on
Name Necklaces
SHOP NOW