Different types of crosses and their meanings

The cross is a symbol widely recognized around the world, and certainly the most instantly recognizable symbol in Christianity, due to its meaning in the crucifixion of Jesus. It has been used symbolically for almost 2000 years by Christians all over the world and can be used in architecture, jewelry, literature and worship.

Jesus on the Cross 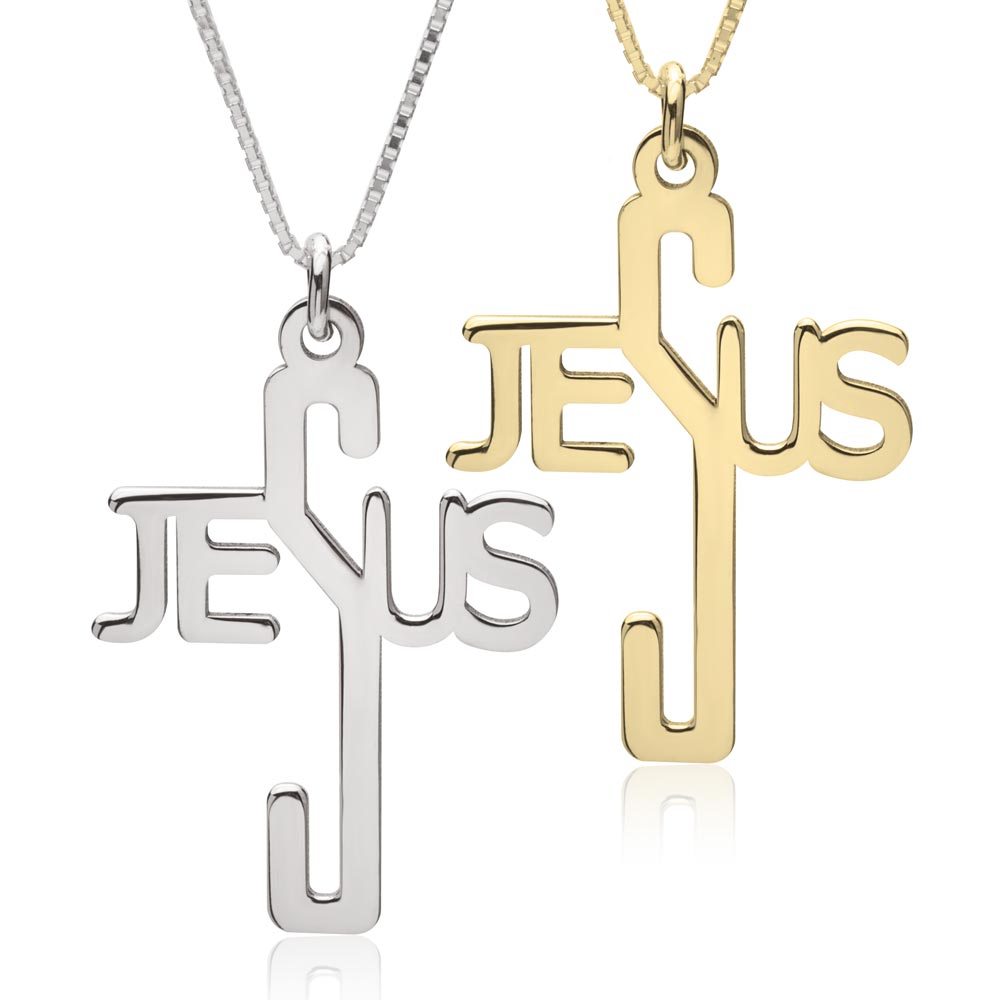 The image of Jesus on the cross, or the crucifix, is one of the most famous versions of the cross to be used in art, architecture and jewelry. The crucifix is meant to emphasize Jesus' sacrifice and is prominently used by the Catholic and Eastern Orthodox Churches as a holy icon. It is most often used on cross necklaces.

The Celtic cross is a version of the cross that developed in England, Ireland and Scotland during the 5th century. It features a cross with a circle behind a cross to represent a halo ring. It is one of the most popular types of crosses to be used in jewelry and fashion and is seen as a symbol for those with Irish, or Celtic, heritage.

The upside down cross, or the Cross of Saint Peter, is a cross symbol that has seen a modern revivial. The origin of the symbol comes from the Catholic tradition that Peter, one of the apostles of Jesus, was crucified upside down. It is often seen in gothic fashion or heavy metal, and is a symbol of humility.

The Christian cross, or Latin cross, is perhaps the most famous and instantly recognizable cross. Also known as the High cross, the base of the cross is longer than its three arms. It is a plain and simple cross that is symbol of faith. It is believed to bring the wearer protection, as a religious symbol and has huge spiritual meaning, bringing the wearer comfort and peace.

The wooden cross is a beautiful, understated version of the cross that is worn on necklaces. Its simplicity underlies its spiritual meaning in the belief that Jesus was crucified on a wooden cross, and the wooden cross is used as an icon all around the world.

There are a few different versions of the Orthodox cross, or slanted cross. The most popular is the Russian Orthodox cross that features three horizontal beams instead of the more common two. Used in art and paintings for over 1000 years, the Orthodox cross is one of the most beautiful to be used in jewelry.

The Coptic cross is often shown with its arms dividing into three points, usually made of flowers, to make a beautiful and decorative style of cross. The Coptic cross has 12 points altogether, meant to symbolize the 12 Apostles. Used by Coptic Christians, the Coptic cross is an extravagant emblem used in jewelry and architecture throughout northern Africa.

The Templar cross is a famous image used by the Knights Templar It has narrow arms in the centre that flare out as the branches of the cross extend. The cross that the Templars wore on their robes was a symbol of martyrdom. For a knight, martyrdom was considered a great honour that assured a place in heaven.

The Tau cross is a T-shaped cross where all three ends of the cross extend. It resembles the letter T and is named after the Greek letter Tau. Its religious significance goes back 2000 years. It is a beautiful cross that is one of the most popular crosses used in necklaces and jewelry around the world.

Get your social on
Related Products
WISHLIST
Attach your wishlist to your email address and check on your favorite items easily.
Save my wishlist
By saving your wishlist you agree to our Privacy Policy
-15% 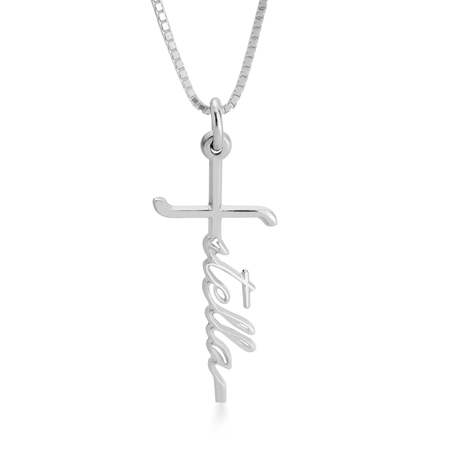 Cross Necklace
$49.95
WISHLIST
Attach your wishlist to your email address and check on your favorite items easily.
Save my wishlist
By saving your wishlist you agree to our Privacy Policy
-33% 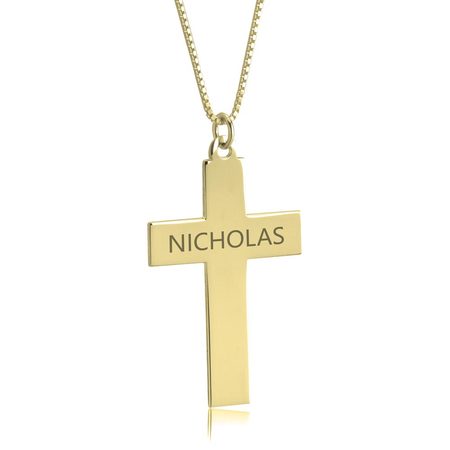 Cross Name Necklace
$44.95
WISHLIST
Attach your wishlist to your email address and check on your favorite items easily.
Save my wishlist
By saving your wishlist you agree to our Privacy Policy
-30% 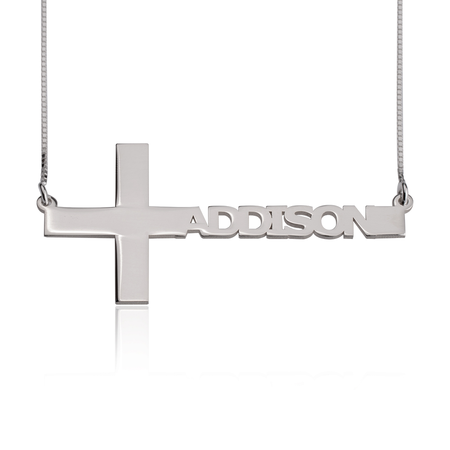 Cut Out Sideways Name Cross Necklace
$40.95
WISHLIST
Attach your wishlist to your email address and check on your favorite items easily.
Save my wishlist
By saving your wishlist you agree to our Privacy Policy
-33% 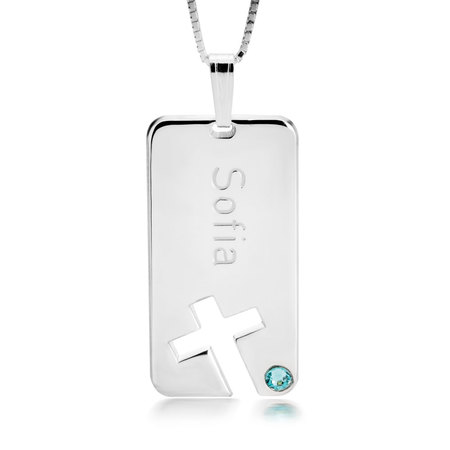 Personalized Birthstone Cross Bar Name Necklace
$44.95
WISHLIST
Attach your wishlist to your email address and check on your favorite items easily.
Save my wishlist
By saving your wishlist you agree to our Privacy Policy
-11% 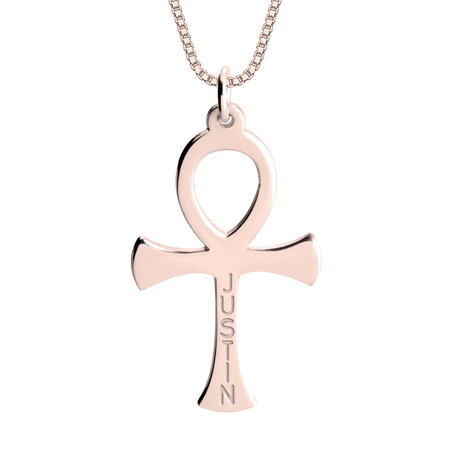