Infinity jewelry is a popular and fashionable trend that has been largely growing due to its beautiful meanings and elegant look. It makes a great addition to any type of outfit and can add a sentimental touch to your style. The infinity symbol is like a sideways figure of eight. To some, the infinity can symbolize its more modern interpretation of eternity and everlasting love. However, to others their connection to the infinity draws from its ancient understanding as the symbol of perfection, duality and empowerment. Modern times
The infinity symbol that we recognize today was first discovered by English mathematician John Wallis, in 1655. It is a concept of mathematics and physics that refers to a quantity with no bound or end - a quantity larger than any number. The word comes from the Latin infinitas or “unboundedness”.

Scientologists refer to this as the eighth dynamic, which is the urge towards an eternal and infinite existence. The eighth dynamic also is named ‘the supreme being’ or ‘creator’ - embracing the wholeness and endless capacity of all - they do not believe in reincarnation but as us having "past lives". Ancient times
The infinity was originally known as the Lemniscate, meaning ‘ribbon’, by ancient Greek mathematicians and philosophers. The idea strives form The Ouroboros, an ancient symbol depicting a serpent biting its own tail. It represents the infinite immortality, continuity, self-fertilization and eternal return. So already we see a connection in the meaning but coming from a place that we are less familiar with.

Spirituality
Although the infinity symbol has become a secular mathematical/scientific symbol for infinity in numbers and eternal time & space, the symbol derives from a religious place, which has enabled us to determine such spiritual and positive meanings.

What is the meaning of an infinity necklace? For people today, wearing infinity jewelry is a representation of something endless, like a love or connection. With the two circles inter-connecting, each representing a side of the relationship, encompasses the idea of being ‘together forever’.

The infinity symbol can be drawn in one continuous movement and has neither a beginning nor an end. It holds with it the ideas of no limitations and infinite possibilities.

While the concept of infinity or truly forever cannot truly be grasped, it represents the desire for something to be everlasting. This is the reason many couples choose to wear the infinity symbol as an accessory or tattoo to express their love and connection.

What does an infinity sign with an anchor mean?

Anchor jewelry has become really popular trend, but even more so when incorporated with an infinity sign. So why has this become so popular and what does it mean?

The anchor is seen as a sign of strength and stability, due to its function of holding down ships. Together with the infinity it represents strength within a boundless unity, connection and world. As a necklace, anchor with infinity makes a perfect gift for the person you love, someone who you have gone through leaps and bounds with, to express your unbreakable, strong bond.

Power in Women - Together forever!

The infinity symbol has been used to represent the United Nations Development Fund For Women. The symbol was introduced by Reese Witherspoon as Avons first ever global fundraising product - the ‘Women's Empowerment Bracelet’, which features a pendant in the shape of the infinity symbol, carrying the message of endless possibilities for women. 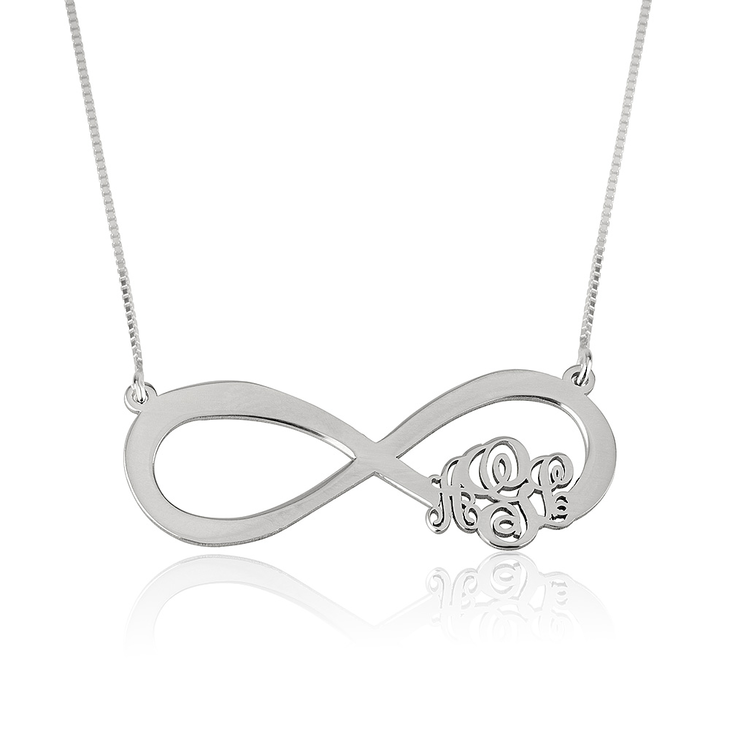 Infinity Monogram Necklace
$61.95
WISHLIST
Attach your wishlist to your email address and check on your favorite items easily.
Save my wishlist
By saving your wishlist you agree to our Privacy Policy 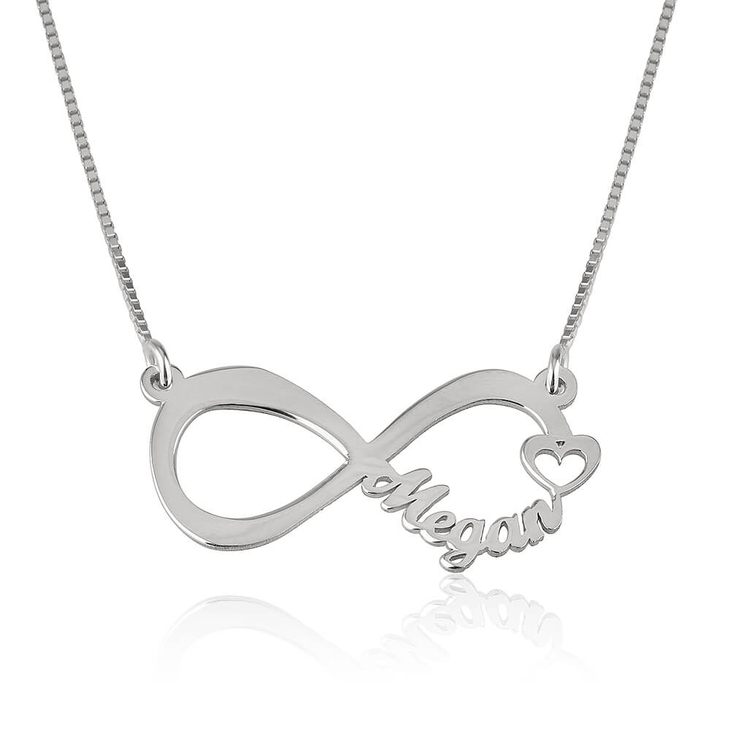 Infinity Name Necklace
$54.95
WISHLIST
Attach your wishlist to your email address and check on your favorite items easily.
Save my wishlist
By saving your wishlist you agree to our Privacy Policy 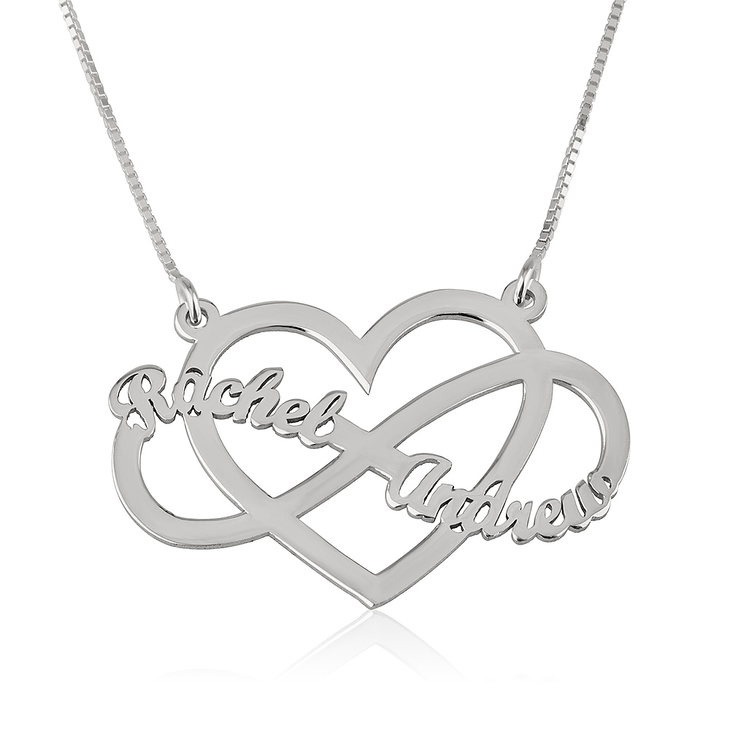 Infinity Heart Necklace
$65.95
WISHLIST
Attach your wishlist to your email address and check on your favorite items easily.
Save my wishlist
By saving your wishlist you agree to our Privacy Policy 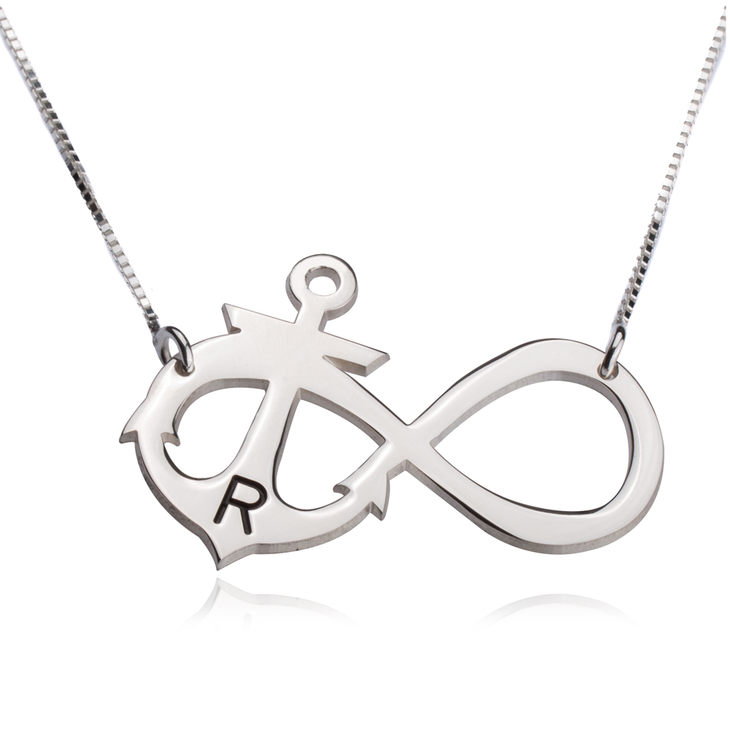 Initial Anchor Infinity Necklace
$43.95
WISHLIST
Attach your wishlist to your email address and check on your favorite items easily.
Save my wishlist
By saving your wishlist you agree to our Privacy Policy 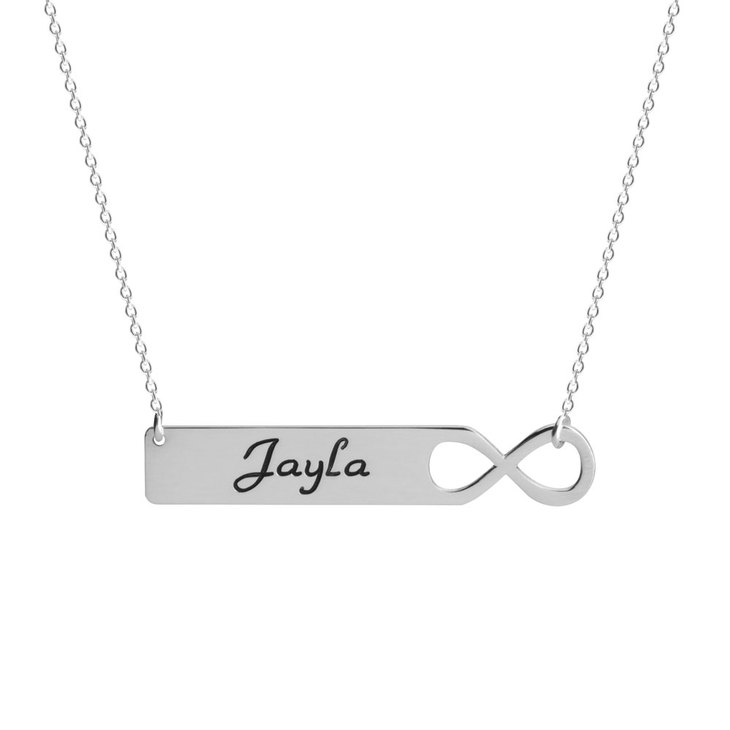