Sex and the City and the Carrie Name Necklace

Sex and the City, a famous TV series prior to the movie, was originally based on a book by Candace Bushnell. The book from which the series was loosely adapted from was first published in 1997 and then the HBO television series started in 1998. The TV series is a sensuous romantic sitcom that is centreing on four ladies living in New York City. The four main characters have varied qualities and are literally different in nature but despite that fact, together with their ever shifting sex life and romantic relationships, they remain close friends who confide ultimately everything to each other.

The series tackled various topics from fashion, sexuality, safe sex, promiscuity, immorality, romance and many more while exploring their own self and the many differences of relationships. It starred Kim Cattrall as Samantha, Cynthia Nixon as Miranda, Kristin Davis as Charlotte, and Sarah Jessica Parker who plays Carrie.

Carrie, the lead character and the narrator of the series, is a writer for the New York Star newspaper and has a weekly column titled, Sex and the City. Each episode runs around Carrie’s thoughts as she writes for her weekly column. She is part of the New York glitterati and is famous for her unique sense of style. In fact, all four ladies, each with their chosen careers where each of them excels, all dress fashionably but Carrie’s character lives for fashion. She is a notorious shoe lover with fondness for designer shoes, and also loves to match discounted vintage finds and high end labels. Overall, because of her friends and especially the lead character’s impeccable sense of style, all women especially those who love fashion anticipated every episode and watched out for the clothes, shoes, and accessories donned by the ladies on the show. The impact of the show is something that we cannot measure but to have an idea, the series aired for six years from 1998 until 2004, two movies were done with the same title and were commercially successful, and let’s say when Carrie wore Blahniks, every fashionista wanted one – it doesn’t matter what the price tag was.

So one can only imagine the demand for a certain piece of jewellery when the episode, An American Girl in Paris (Season 6) was aired. The episode included a certain item of jewellery as one of the main elements of the story which became famous as the Carrie Name Necklace. For those who haven’t seen the episode, here’s a summary for you.

In this particular episode, Carrie has decided to go to Paris, fall in love and be with Aleksandr, a famous Russian artist and her romantic interest during this final episode. This decision entails leaving her job, her apartment, and her closest of friends but she decided on going nonetheless. Before she finally leaves her New York apartment, she takes one final accessory from her stuff, a name necklace, and puts it inside her Dior purse.

As was expected she was so delighted to be in Paris and be able to spend time with Aleksandr who at that time was busy as he will be having a museum show, nevertheless, she was happy to arrive even though she doesn’t generally speak and understand the French language. She was very excited to finally see the Eiffel but she found herself lonely and confused that very same night of her arrival. She was all dressed up in their hotel room and waited for hours for Aleksandr to arrive from work and have their date but he never came. So the days went on with Carrie spending the days by herself as Aleksandr leaves her very often to take care of his art show.

One rainy day, still only by herself, Carrie felt she’s confident enough to take her basic French language skill to the test and go shopping. Upon entering Dior, Carrie slipped and fell to the floor with all the stuff in her purse flying all over the place but she hurriedly stood up, picked up her stuff from the floor, composed herself and shopped.

After she got back to the hotel where she and Aleksandr were staying, she told him what happened at the Dior store, how she felt so embarrassed and the need to shop for lots of stuff to redeem herself, and that’s the time she remembered looking for her name necklace which she called her “Carrie necklace.” She took out all the things from her vintage Dior bag but it was not there. Aleksandr asked her about it and she explained that the necklace costs nothing but it’s something priceless and that she had it for ever. The next day, Carrie felt so lonely, alone again in the middle of the lovely city with no Aleksandr and no friends to accompany her. She passed by a restaurant and saw four ladies chatting and laughing then went ahead to a phone booth and called Miranda. Carrie told her friend how upset she was because she lost her Carrie name necklace that she bought when they (the four of them) went to the street fair. Aside from losing her Carrie name necklace, she confides to Miranda that she was having a hard time since she doesn’t speak the language and she felt lost and she’s alone a lot. Miranda advised her to come home but Carrie insisted she has only been in Paris for a week and somewhat hopeful that things will get better.

Another event unfolds, and Carrie received a new necklace from Aleksandr while they were at a bar. It was a pretty and expensive diamond necklace and Aleksander stated the fact that it’s not the Carrie name necklace but he hopes that Carrie feels better. He also told Carrie that they’ll spend that night together – only the two of them, until two people came in the picture that apparently were Aleksandr’s acquaintances, joined them on the table, started speaking French, and Carrie was left all alone again.

The story eventually concludes though with Carrie finding a hole in her precious vintage Dior purse while sitting alone in the museum where Aleksandr left her, yet again, to entertain his art fans. She felt something caught in that hole and got it out, it was her priceless Carrie name necklace. In finding her name necklace, Carrie felt so reunited and reconnected not only with her Carrie necklace but with New York and her friends as well.

When this episode was aired, everyone was interested to have a name necklace. It was a great example of how inexpensive material things are of great value. Carrie could have afforded a new necklace that is way more expensive than her “Carrie name necklace” but she didn’t. The name necklace’s sentimental value and memories attached to it made it so priceless for Carrie that no other necklace could have replaced it.

Get your social on
Related Products
WISHLIST
Attach your wishlist to your email address and check on your favorite items easily.
Save my wishlist
By saving your wishlist you agree to our Privacy Policy
-46% 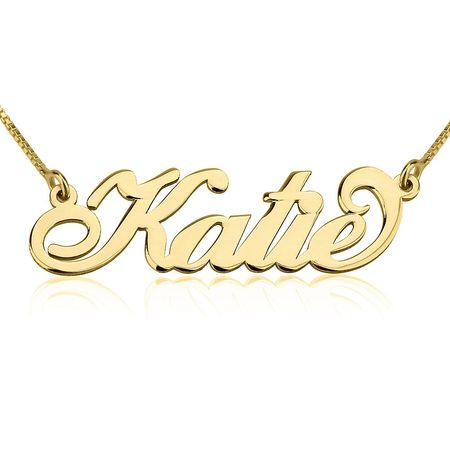 Carrie Necklace
$39.90
WISHLIST
Attach your wishlist to your email address and check on your favorite items easily.
Save my wishlist
By saving your wishlist you agree to our Privacy Policy 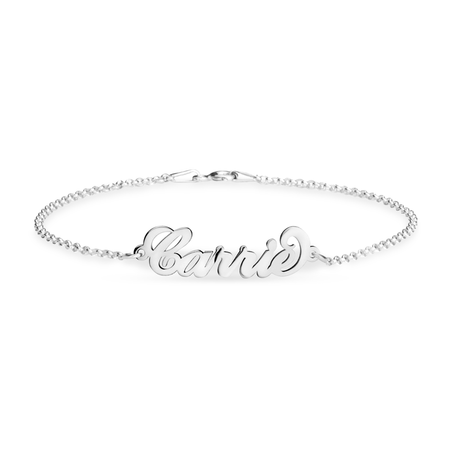 Carrie Style Name Bracelet
$34.95
WISHLIST
Attach your wishlist to your email address and check on your favorite items easily.
Save my wishlist
By saving your wishlist you agree to our Privacy Policy 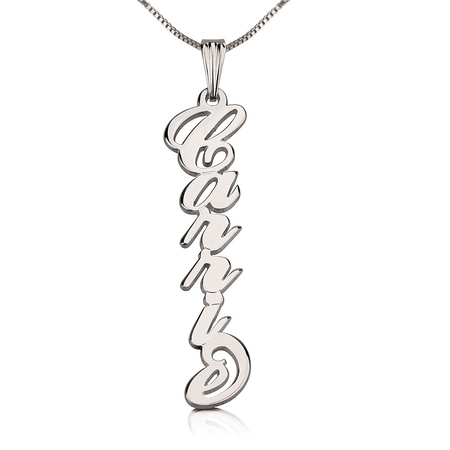 Vertical Carrie Name Necklace
$44.95
WISHLIST
Attach your wishlist to your email address and check on your favorite items easily.
Save my wishlist
By saving your wishlist you agree to our Privacy Policy 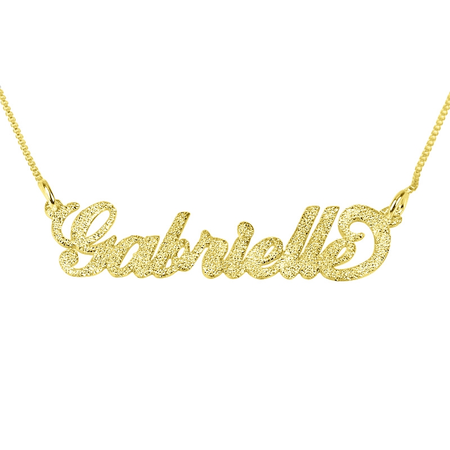 Sparkling Carrie Name Necklace
$59.90
WISHLIST
Attach your wishlist to your email address and check on your favorite items easily.
Save my wishlist
By saving your wishlist you agree to our Privacy Policy 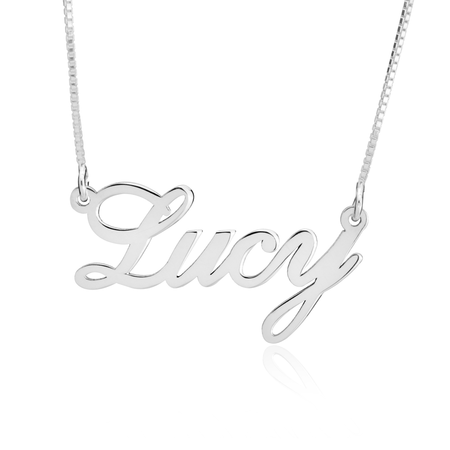