What is a monogram? 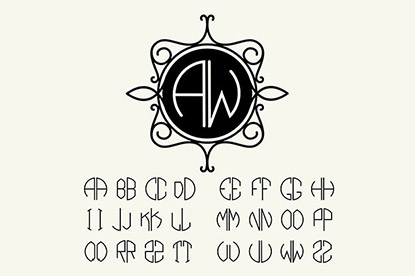 A monogram is a motif, a form of design with two or more letters using a person’s initials. Usually, it is made up of three letters, the variation of the first, last and middle name - the initials or letters are interwoven or are combined in a decorative design to act as a logo or identification of a person’s possession. Aside from the traditional method, we are going to share with you a range of creative ideas and monogram rules that you may use to create your own monogram.

These tips may prove extremely useful in choosing out a gift for a friend or loved one - especially since monograms have recently become a big jewelry trend - you can now have a custom piece made specifically for that person, it doesn’t get much more personal and thoughtful than that.

Where does the monogram originate from?

In older times, monograms were used by artists and craftsmen as signatures to mark their works, from paintings, sculptures, furniture to jewelry. Monograms were also used as royal signatures. Monograms were further adapted by wealthy families and used as a symbol or emblem of their distinguished family to identify their belongings that include but are not limited to weaponry, linens and cutlery.

Nowadays, monograms are popularly used in weddings. Marrying couples create a monogram of their initials to be used on wedding invitations, wedding stationeries and other details of the wedding. In addition, monogrammed jewelry has become a big fashion trend and people worldwide are purchasing items such as the monogram necklace, bracelets and rings.

Have you been wondering how do monogram initials work? Now we are going to talk you through monogram etiquette so you can understand how the monogram system works.

The initials can all be capitals with the center letter being larger than the outer two. However, often the first and last initials displayed would be small case letters with the centered initial being a capital.

If you don’t have a middle name or choose to exclude it from your monogram then you may choose only two letters. The position of the letters is arranged from left to right. Usually both letters are capitalized unless requested otherwise.

For married women who like to have their maiden and married name monogrammed - for example Abigail Collins Smith, with Collins being her maiden name and Smith her married last name - traditionally, her monogrammed initials will be arranged as follows:

For married couples who wish to have a monogram of their names together, for example: Mr. and Mrs. Geoffrey and Abigail Smith. The monogram would be arranged traditionally as follows:

However, there are some couples who prefer to place the male’s name initial first and the woman’s name initial on the right hand side. So for the case of Abigail and Geoffrey Smith, it will be monogrammed as:

For people who have last name prefixes but is still considered a one word last name like McDonald, McNamara, O’Keefe, the first letter of the last name should still be considered. For example, Sean David McDonald, will be written as:

Traditionally, there were simple rules used in monogramming. Here’s a summary of the traditional monogramming formats:

Some customers may ask which font or style will work best so here’s our two cents. For women or for weddings, interlocking scripts really work best. For men though the normal straight block letters seem to be more popular while it is also okay to have the middle letter larger in size. Having these monogram etiquette rules or guidelines are really helpful but at the end of the day, it is a matter of preference.

While these guidelines exist, you don’t have to strictly follow them. Whether you’re single, getting married or married, hopefully these guidelines can help you on the arrangement of your initials. 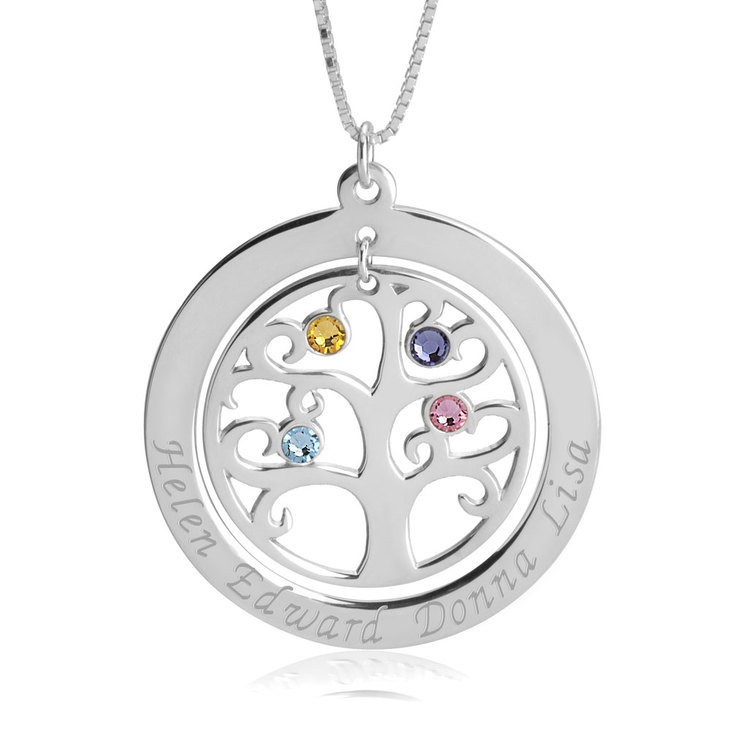 Family Tree Necklace with Birthstones
$61.95
WISHLIST
Attach your wishlist to your email address and check on your favorite items easily.
Save my wishlist
By saving your wishlist you agree to our Privacy Policy 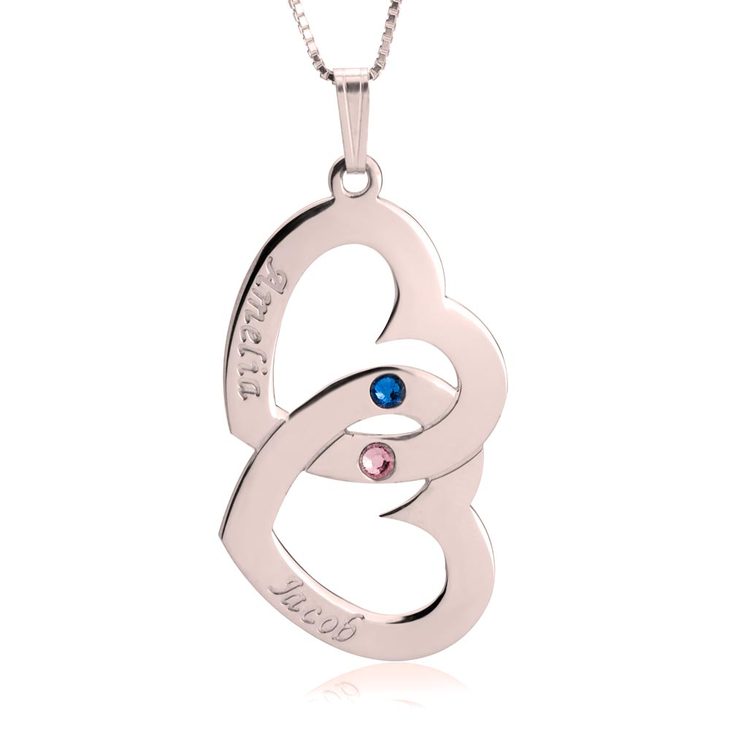 Personalized Double Heart Necklace
$71.95
WISHLIST
Attach your wishlist to your email address and check on your favorite items easily.
Save my wishlist
By saving your wishlist you agree to our Privacy Policy 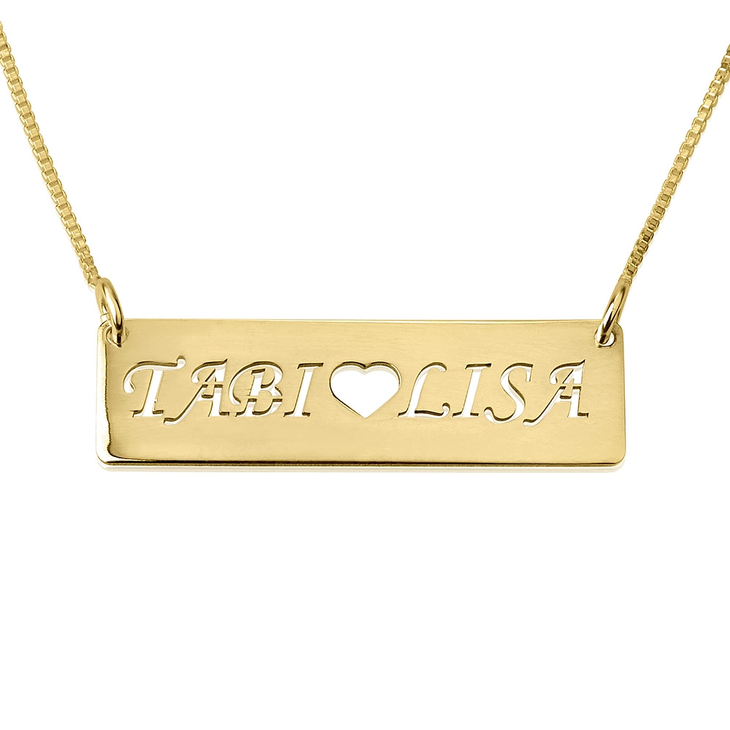 Bar Necklace With Two Cut Out Names
$61.95
WISHLIST
Attach your wishlist to your email address and check on your favorite items easily.
Save my wishlist
By saving your wishlist you agree to our Privacy Policy 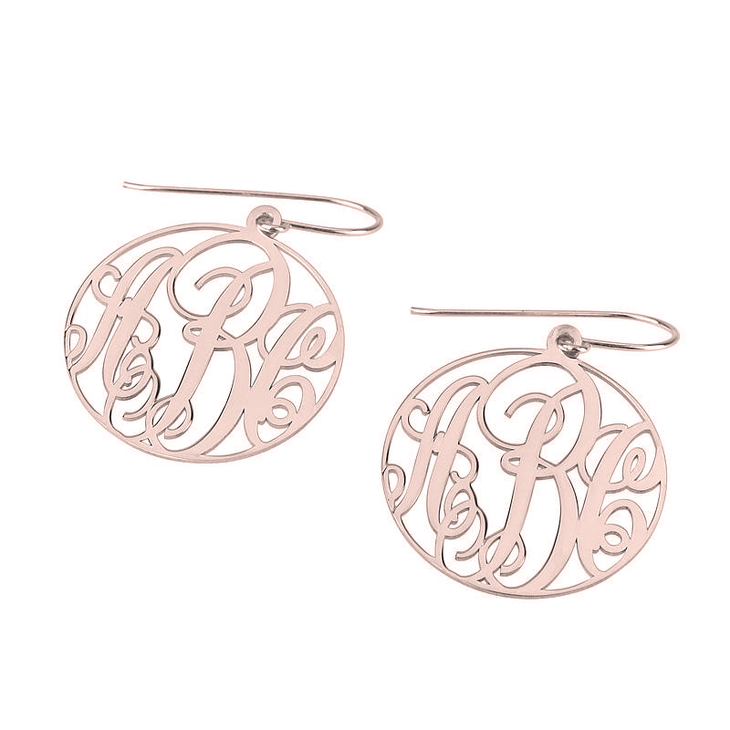 Classic Monogram Earrings
$74.95
WISHLIST
Attach your wishlist to your email address and check on your favorite items easily.
Save my wishlist
By saving your wishlist you agree to our Privacy Policy 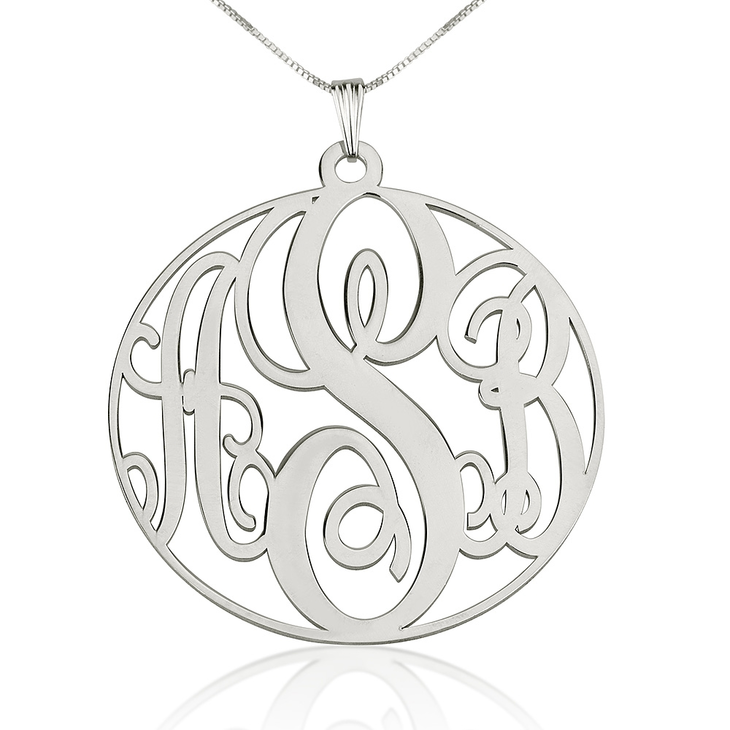