We have all sat around a meal and broken a wishbone with someone around the table. Wishbones have been collected by people for hundreds of years as a source of good luck and good fortune. But what actually is a wishbone? And how did it come to symbolize what it does?

What is a wishbone?

In modern times the wishbone of a turkey or a chicken has become the most common type of wishbone. Because chickens or turkeys were traditionally eaten on holidays such as Christmas and Thanksgiving, the act of breaking a wishbone become a popular custom at this time of the year, and the wishbone is still seen on Christmas cards and New Year’s Greetings to this day. 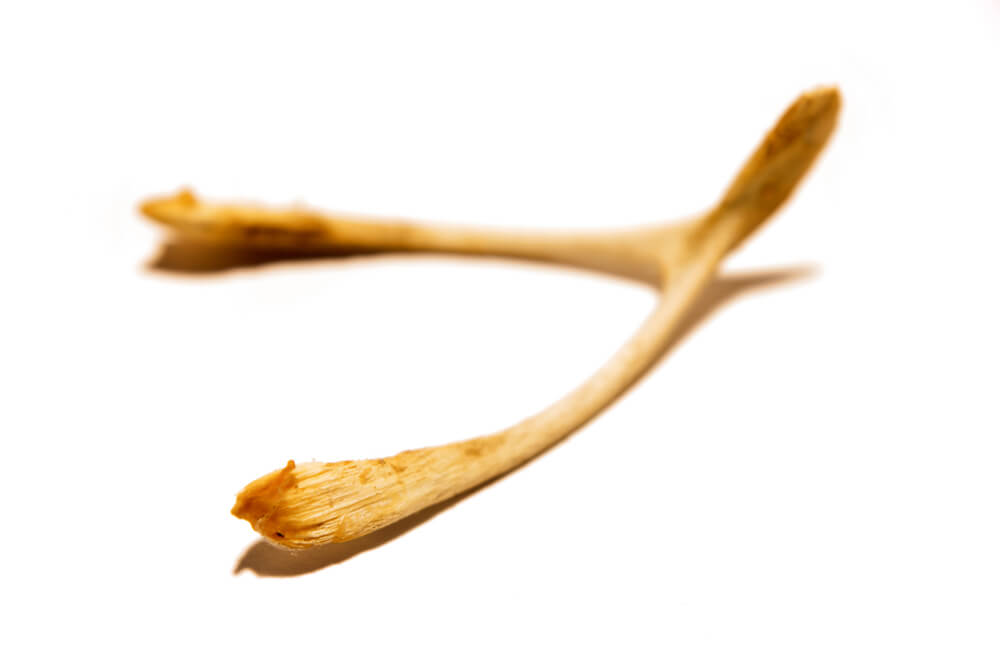 What does the wishbone symbolize?

There are many different theories as to the origins of the wishbone in symbolism. Some theories date its use back to the Roman times, but the more accepted theory dates from the Middle Ages, when people would take the wishbone of a goose, dry it out and use it to predict the weather.

If both pieces were broken evenly, both people were said to get a wish. The act of breaking a wishbone symbolized luck was said to bring the “winner” good fortune. This custom, of two people pulling on the bone, developed in the early 17th century. At the time, the name of the wishbone was a “merrythought.” The name wishbone only came into use at the latter end of the 19 th century.

Use of the wishbone in jewelry

Necklaces, bracelets, charms, rings and earrings have all made of use of a downward facing wishbone. Wishbone jewelry brings the wearer good luck and the simplicity of the wishbone makes it look beautiful either by itself, or it can be made into extravagant designs whilst keeping its meaning.

Get your social on
Name Necklaces
SHOP NOW